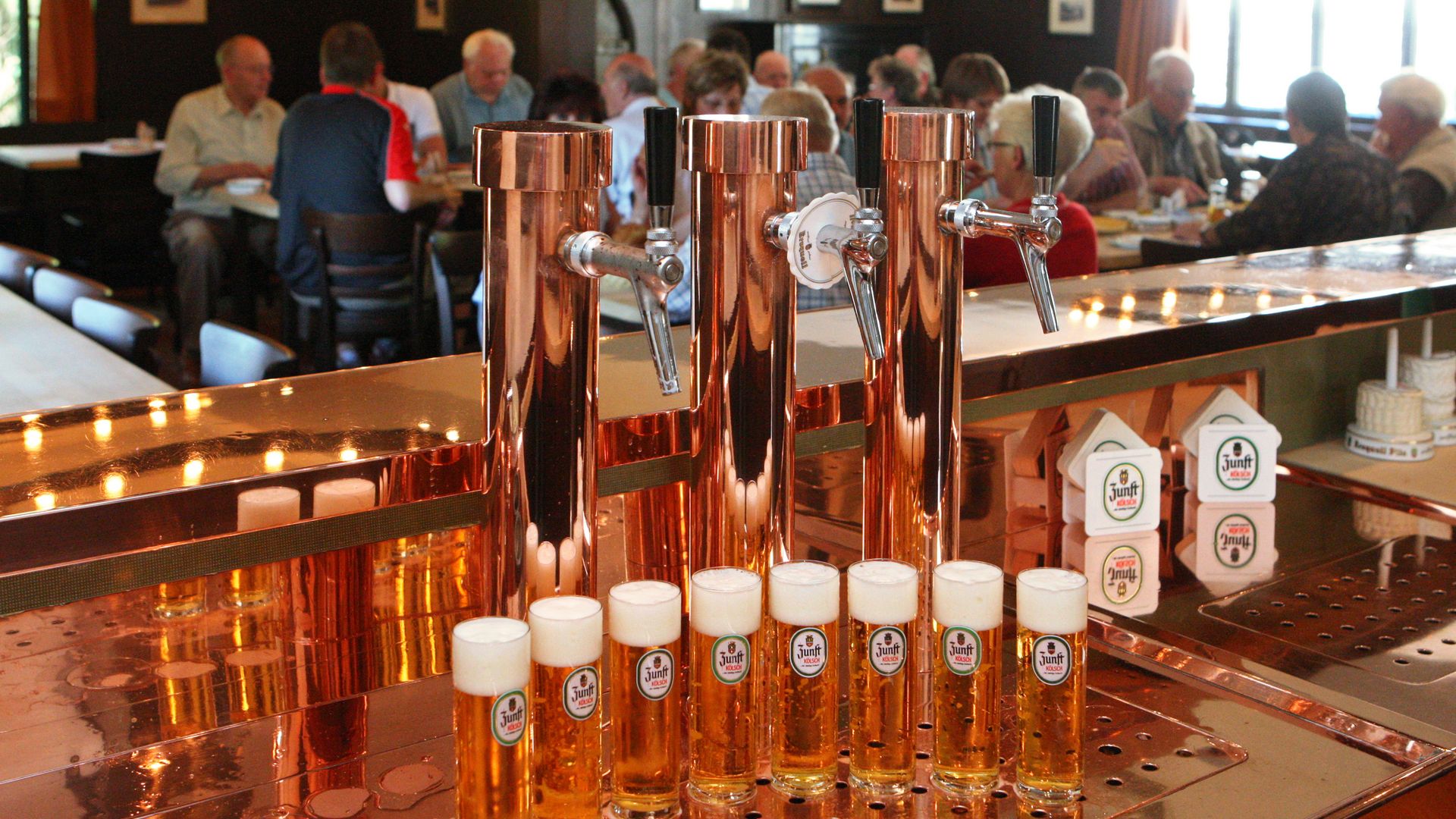 Guided tours of the brewery

Both Zunft Kölsch and Erzquell Pils originate from the copper kettles of the Erzquell Brewery in Wiehl-Bielstein. The beer develops its characteristic flavour from the raw materials of water, malt and hops, with yeast added to the mix in huge fermentation tanks.

In 1900, Ernst Kind saw more of a future in brewing than in the spinning mill he had operated until then, so he founded the Adler Brewery in Wiehl-Bielstein. Thanks to his technical skills and business acumen, the brewery acquires an excellent reputation, and sales of his beers in the ever-expanding market continue to grow. In 1976, the name was changed to Erzquell Brewery. The ownership structure remains unchanged. The brewery is in its fourth generation of family ownership. The sparkling copper kettles have almost become a landmark of Bielstein, the beer village.

Guided tours of the brewery

Are you interested in a viewing? You can visit the modern Erzquell brewery and experience how the different beers are brewed first hand. Well-informed staff accompany you through all the stages of production. And at the end, you have plenty of opportunity to sample the speciality beers over snacks in the brewery lounge.

The tours take place on Friday and Thursday evening from 6:30 pm to 9:30 pm and are in German. The price is €17.00 per person and includes the guided tour of the facility as well as snacks and sampling of as many of the speciality beers and alcohol-free products made by Erzquell as you like. Payment in advance. The tours run from a minimum of 15 participants, otherwise the brewery reserves the right to cancel.

Upon request, a tour can also be organised in English for groups.

It appears that you are using Microsoft Internet Explorer as your web browser to access our site.

For practical and security reasons, we recommend that you use a current web browser such as Firefox, Chrome, Safari, Opera, or Edge. Internet Explorer does not always display the complete content of our website and does not offer all the necessary functions.