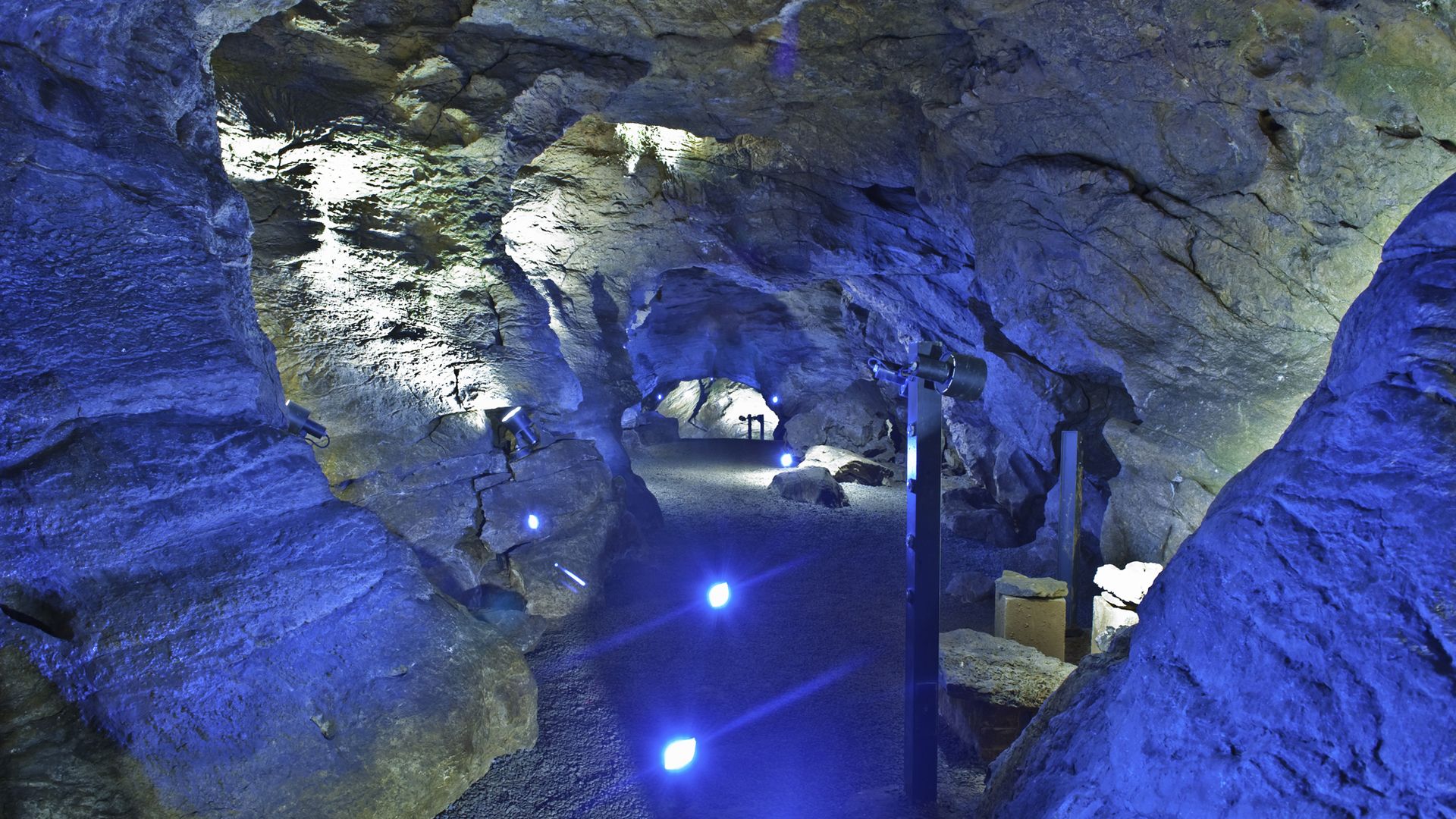 Dive into a world of caves

The caves in the Bergisches Land invite you to explore the realm of trolls, quartz and bats. They are attractive destinations for excursions, especially in summer, because at that time it is nice and cool under the earth's surface - and really exciting at the same time. Caves have lots of stories to tell - about special rock formations that spark the imagination, about the forces that shaped the Bergisches Land and the rocks, and of course about bats and legendary figures.

The longest publicly accessible cave in the Rhineland is hidden away in Ründeroth. It is a massive 1,071 metres long - 270 metres of which can be walked through. The Aggertal Cave is also a venue for concerts and cultural performances. A guided tour lasts 50 minutes - and on Sundays concludes with an impressive musical finale. In autumn, however, these caves are closed. This is when the bats arrive to spend the winter underground.

Just a few metres further on is the Windloch, which was discovered in 2019 and is now the largest cave in North Rhine-Westphalia. It is still being explored and will not be opened to the public in the foreseeable future - the geological treasures that have been discovered there are too valuable. The latest information about them is posted at www.akkh.de.

The Wiehl Stalactite Cave (Wiehler Tropfsteinhöhle) is open all year round. The cave contains fascinating rock formations that capture the visitor's imagination. A romantic setting that is also popular with newlyweds, the stalactite cave is the official wedding venue of the town of Wiehl.

There are several other small caves in the Bergisches Land, but they are not suitable for exploring.

It appears that you are using Microsoft Internet Explorer as your web browser to access our site.

For practical and security reasons, we recommend that you use a current web browser such as Firefox, Chrome, Safari, Opera, or Edge. Internet Explorer does not always display the complete content of our website and does not offer all the necessary functions.